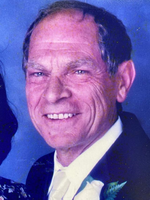 With heavy hearts, we mourn the loss of Domenico Lepore who left us on August 31, 2021. Above all, he was a hard-working family man devoted to his wife, Rosa and their children, Melina (Spencer) Gordon and Gianni (Evangeline) Lepore. Domenico's 6 grandchildren brought immense joy to his life. He cherished the time he spent locally with Alivia, Sadie and Luke and happily drove 11 hours for extended stays with Domenico, Giovanni, Jr. and Giuliana in Chicago. He was also a loving brother to his sisters, Lucia and Antonietta. Domenico was born and raised in Naples, Italy and came to the United States in 1969. He loved America while remaining loyal to his roots. His passion for Ferraris led to a successful career as an expert mechanic with the company. He was so highly regarded, Ferrari owners all over the country entrusted only him to touch their prized possession. Domenico was also a zealous fan of the Naples soccer team. Leisure time was often spent tending to his garden, another interest that began in his childhood. We will all miss his boyish smile, his unique opinions, and the solid values that earned everyone's respect. In lieu of flowers, donations may be made to the American Cancer Society.