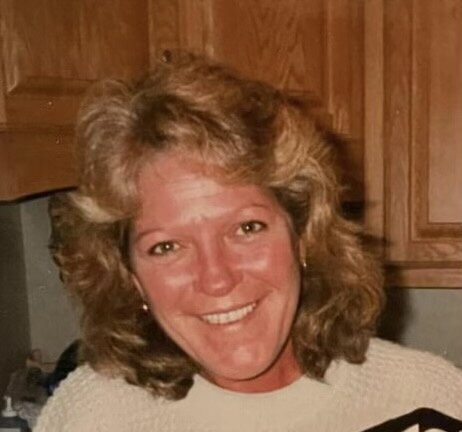 Marianne Dempsey Vetter, loving wife, sister, aunt and retired Pediatric Registered Nurse, died peacefully at Our Lady of Consolation Nursing and Rehabilitation Center in West Islip on July 15, 2021, after a long illness.  In her final days, Marianne was surrounded by her loving husband and family who held her hand, played her favorite music, shared memories and the countless funny stories that filled our lives and helped ease her pain until she was called home.  Marianne’s love of life did not end with her death, but will go on in the memories of all who benefited from her kindness and care and in the broken hearts of all those she leaves behind.

Marianne Bridget Dempsey arrived in this world on February 12, 1954 in Brooklyn, NY, the fourth of eight children born to John G. and Veronica (Heneghan) Dempsey.  She grew up with her loving family in Valley Stream where she attended Holy Name of Mary School.  Marianne attended The Mary Louis Academy in Jamaica Estates and graduated with her BSN from Molloy College in Rockville Centre, NY. Over the course of her nursing career, Marianne provided a quiet but powerful presence in the neonatal intensive care unit at the then Schneider’s Children‘s Hospital Queens, NY.  Marianne’s kindness and compassion made her a natural with critically ill newborns and their grieving parents.  From the NICU, Marianne then worked as an RN supporting children with developmental and intellectual disorders and their families, arranging care and services, navigating the tumultuous waters between state and local authorities.  Despite the challenging nature of the position, Marianne maneuvered with aplomb, securing services and winning hearts through her dogged determination of making life better for others.

Despite her self-effacing nature, Marianne touched immeasurable lives.  She will be best remembered for her quiet kindness, generosity, her beautiful smile and her infectious laugh.  She shunned the spotlight and preferred to work behind the scenes, helping out countless others who are now sharing how she stepped into their lives when they were at their lowest.  Whether it was writing a check, giving a hug, phoning a friend in distress or “babysitting” the dozens of different dogs for weeks at a time, Marianne was always there.

Marianne married the love of her life, Eric, on April 29, 1995.  They settled into their home in West Babylon where she raised her African Violets, countless house plants and rescue-pups.  A true daughter of St. Francis of Assisi, Marianne loved animals of all kinds.  She spoiled her beloved Clancy and her latest pup, Finnegan, who proved to be her faithful companions.   She loved Hawaiian music, having lived in Oahu for several years.  Marianne was also a true American Patriot.  She loved and respected her flag, her country, the men and women in our armed services and her Irish American Heritage.  She was a fierce NY Giants, SF 49er’s  and NY Mets fan and supported her teams even when they broke her heart.  But most of all, Marianne will be remembered as someone who loved her broken-hearted family unconditionally.  Marianne was preceded in death by her parents, John and Nora Veronica Dempsey and four infant brothers and infant nephew.  She leaves behind her devoted husband Eric and beloved Finnegan; sisters Denise (Thomas) Kassebaum and Noreen Dempsey; brother Bryan (Robert) Dempsey; nephews and nieces Thomas (Courtney), John (Deena), Bryan, Brendan, Nora and Deidre Kassebaum; brother in law, Kurt (Shari) Vetter and nephews and nieces Troy (Katie), Laurie (Cody), Kelly, Mary-Faith and Selah.

Arrangements have been placed in the caring hands of the Moore Funeral Home in Valley Stream, NY with a memorial service on Friday July 30th from 3pm to 7pm followed by a funeral Mass of the Resurrection at 11:00 am on Saturday July 31st at The Church of St. Anne, Garden City, NY.

Share Your Memory of
MARIANNE
Upload Your Memory View All Memories
Be the first to upload a memory!
Share A Memory