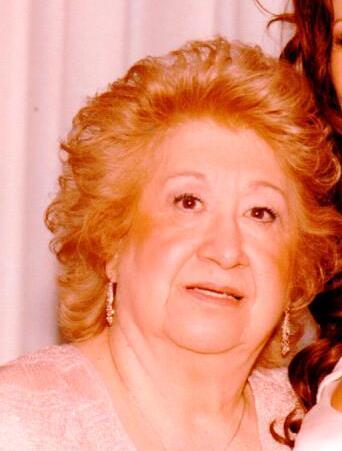 Please share a memory of Concetta to include in a keepsake book for family and friends.
View Tribute Book
Concetta "Chickie" Benincasa Soldano of Lynbrook, NY passed away on Saturday, May 23, 2015 at the age of 81. She was born on June 18, 1933 in Brooklyn, NY to Leo and Catie Frisone. Chickie was the life of the party and enjoyed few things more than a big hug. She was preceded in death by her parents; her first husband, Richard Benincasa; her brother, John Frisone; her brother-in-law, Ralph Accardo; her sister-in-law, Beverly Frisone; and her son, Richard Benincasa Jr. She is survived by her current husband, James Soldano; her sister, Marian Accardo; her brother, David Frisone, and his wife, Maureen; her daughters, Martha Vecchio, Cathy Maffettone, Diana Gannascoli, Lisa Gimmule; her son-in-laws, Tony, Sal, Joe and Mark; her daughter-in-law, Larissa; her eight grandchildren, Joseph, Danielle, Nina, Lauren, Anthony, Michael, Salvatore and Viviana; and many beloved nieces and nephews. Services will be held at Perry Funeral Home in Lynbrook, NY on Tuesday, May 26 from 7pm to 9pm and Wednesday, May 27 from 2pm to 4pm and 7pm to 9pm. A funeral mass will be held on Thursday, May 28 at St. Raymond's Roman Catholic Church in East Rockaway, NY at 9:45am, followed by a burial at Holy Rood Cemetery in Westbury, NY.
To send flowers to the family or plant a tree in memory of Concetta Benincasa-Soldano, please visit Tribute Store
Print
Tuesday
26
May

Look inside to read what others have shared
Family and friends are coming together online to create a special keepsake. Every memory left on the online obituary will be automatically included in this book.
View Tribute Book
Share A Memory
Send Flowers
Plant a Tree