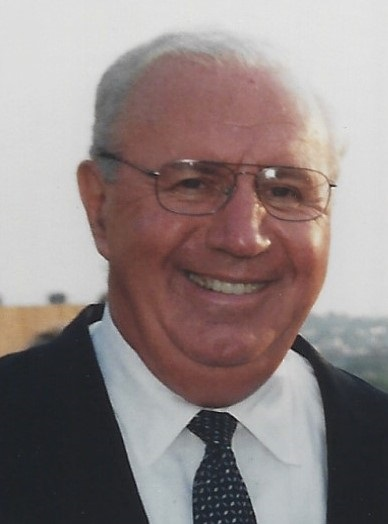 Please share a memory of Daniel to include in a keepsake book for family and friends.
View Tribute Book
Daniel J. Dillon, "Dan", died on November 16, 2021. He leaves behind admiring siblings Jim, Lorraine, Maryann and Rosemary, nephews and nieces, and a legion of steadfast friends made and kept over his entire seventy-six year life. His true love and wife, Dianne, preceded him in death, dying on November 19, 2017. Dan was born on January 21, 1945, and was a devoted son to his parents, James and Rosemary. His educational path through St. Raymond's School, St. Agnes High School, and St. John's University and Law School is decorated by the friendships he made and nurtured at each stop. He was the glue that kept his classmates together, rallying them when any were in need. Professionally, Dan served as an Assistant U.S. Attorney, Eastern District of New York. He was a partner in several law practices over the years, and was outside counsel or counsel to several others. In all of these roles, and in his solo practice in later years, Dan developed and exhibited extensive skills in trial, appellate, real estate and tax certiorari work. Dan also served as Principal Law Clerk to Judge Jerome Murphy of the New York Supreme Court. For some years, Dan also worked with his father in a successful real estate appraisal firm, which Dan took over after his father's death. Dan applied his legal skills in the military as well. A graduate of the elite John F. Kennedy Special Warfare School, he later joined the Judge Advocate General's Corps, rising to the rank of Colonel, USAR. He served as Division Staff Judge Advocate, supervising about twenty military lawyers, and later became the New York State Judge Advocate, the legal advisor to the New York State Adjutant General and supervisor of military lawyers throughout the state. Dan was an active leader of his church and his community, routinely selected for responsibility by his neighbors and colleagues, and routinely up to the task. The list of good deeds and favors Dan bestowed on his family and his many friends is too long to recount. Dan was the recipient of kind friendship, too, and he and his family are grateful to the many friends who sustained him, and especially to Mary McCarthy for the compassion, care and friendship she gave Dan and his family. In the end, then, the measure of Dan is not in his many accomplishments but in his connections to people he loved and who loved him. His unfailing generosity and kindness were matched to a whip crack wit and a deep reservoir of stories he loved to share. Dan was the sort of friend everyone wants to have. If you wish to honor Dan, instead of sending flowers, please make a gift to Meals on Wheels, County of Nassau, or Catholic Charities of Long Island.
To send flowers to the family or plant a tree in memory of Daniel Dillon, please visit Tribute Store
Tuesday
14
December

Share Your Memory of
Daniel
Upload Your Memory View All Memories
Be the first to upload a memory!
Share A Memory
Send Flowers
Plant a Tree