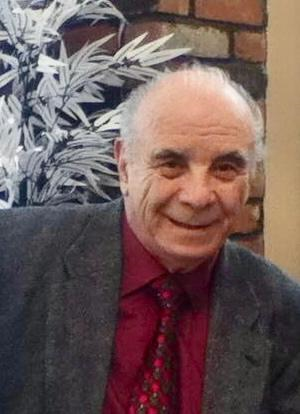 Please share a memory of Paul to include in a keepsake book for family and friends.
View Tribute Book
Paul DiDia was born in Marsala, Sicily on December 8, 1933. His parents' names are Rose and Benedetto. Paul came to America in 1951 and later became an American Citizen. He worked at a clothing factory as a press worker. He later met Grace, his wife, who was working as a piece worker also in the garment industry. They fell in love and married on June 28, 1958. They lived in Richmond Hill and had their children: Roseanne, Benedetto, Caterina and Annemarie. In the year 1970, they decided to build their lovely home in Lynbrook. At that time, Paul worked as a masonry worker and later a maintenance custodian at Cold Spring Country Club. Paul loved and enjoyed his time on the weekends with his family. One of his joys was to ride to Shirley, Long Island where they owned property. His brother in-laws, sister in-laws and their families would all gather there. Together they would cook a large pot of sauce, pasta, bread and have wine and laughs. Paul always shared these wonderful memories. Paul also enjoyed gardening. His impressive green thumb showed in every plant he touched. From his large pots of basil and parsley to his huge tomatoes. But, what he was most proud of was his Gagootz (Italian squash). His plants would grow with love and care and always the size of a baseball bat. And of course his great fig trees. What touched Paul’s heart the most, was spending time with his wife Grace and his children and their families. His love and dedication was the glue that held his family together. Whether you were his child, grandchild or in-law, he expressed his love equally. Paul is survived by his wife, Grace. His children: Roseanne and Husband Richard, Benedetto and Wife Laura, Caterina and husband Jeffrey and Annemarie. Paul was also blessed with nine grandchildren: Angela, Bernadette, Jason, Samantha, Dylan, Alyssa, Jacob, Andrew and Elizabeth. Paul was blessed with his first Great-Grandchild Addison Rae. She put a smile on his face and touched his heart with love, happiness and pride. Paul will be forever in our hearts and we will cherish all our wonderful memories. May you rest in eternal peace.
To send flowers to the family or plant a tree in memory of Paul DiDia, please visit Tribute Store
Friday
21
October

Share Your Memory of
Paul
Upload Your Memory View All Memories
Be the first to upload a memory!
Share A Memory
Send Flowers
Plant a Tree