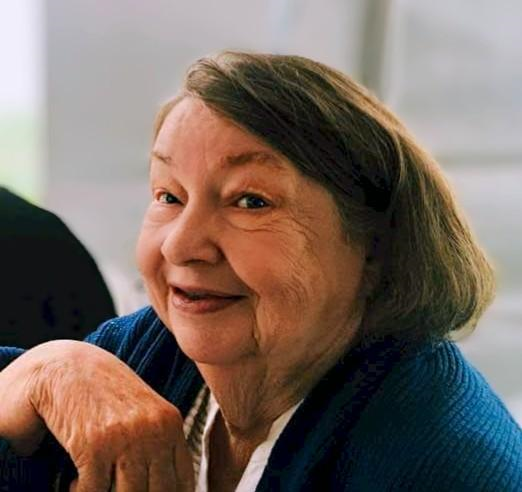 Please share a memory of Anne to include in a keepsake book for family and friends.
View Tribute Book
Anne Elizabeth (Mellick) Ruggieri, beloved wife, mother, grandmother and retired Social Worker, passed away on Saturday, October 22, 2022, at the age of 83. Anne was born on November 16, 1938, to Richard and Helen (McNally) Mellick in Queens County, New York. Anne graduated from St. John's University in 1963, being one of the first women to graduate from St. John's College and attend St. John's University, Jamaica Campus. She went on to pursue a career as a Social Worker, where she eventually headed the Sex Abuse Unit for Bureau of Child Welfare, Queens Division for the City of New York until retiring in 1994. Anne was an avid reader and would somehow read the New York Times, Newsday, the New York Daily News and the New York Post everyday while working full-time. As a result, she knew something about practically everything. She would recount her early memories of trips to the local library and reading with her friends and siblings on blankets outside in the summer sun. In 1967, she met Frank J. Ruggieri. They married on January 23, 1970. Typical of Anne, she wore a non-traditional short mink trimmed long sleeved dress in the midst of a snowstorm. Catherine followed in 1977. Anne was a constant source of encouragement for her family, particularly while Frank studied for his C.P.A. license and years later when Catherine earned her law degree. She was a devoted mother and grandmother, spending many hours reading, knitting and talking with other parents and grandparents in various lobbies while she waited for her daughter, Catherine, at swimming practice and meets, then later on for her granddaughter, Claire, and grandson, Craig "CJ", at tumbling and Parkour when they were little and then at dance and baseball when they were older. Her presence at dance competitions and games will be missed. Anne is survived by her husband Frank, her daughter Catherine (Everett), son-in-law Craig, grandchildren Claire and Craig "CJ" Jr. She is also survived by her sisters Mary Patricia Flynn (brother-in-law John) of Dunedin, FL, and Margaret O'Rourke of Floral Park, NY and many nieces and nephews. In recent years, she was lovingly cared for by Marla and Shanta.
To send flowers to the family or plant a tree in memory of Anne Ruggieri, please visit Tribute Store
Wednesday
26
October

Share Your Memory of
Anne
Upload Your Memory View All Memories
Be the first to upload a memory!
Share A Memory
Send Flowers
Plant a Tree