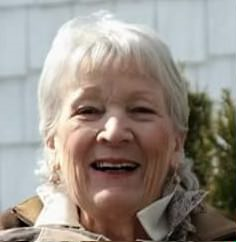 Please share a memory of Esther to include in a keepsake book for family and friends.
View Tribute Book
ESTHER MARIE (PHILPOT) MOLLO December 5, 1930 to October 25, 2022 Esther Marie (Philpot) Mollo was born in Flint, MI to loving parents, George W. Philpot and Ruby (Proctor) Philpot on December 5, 1930. She had one sister born of that same union, Betty June (Philpot) Rollin, who predeceased her. Her Mom, Ruby, passed away suddenly in 1935. Her Dad was remarried in 1937 to Alice L. (Keast) Philpot who cared for Esther and loved her all her life. Alice and George had six children. Three of these, Doris (Philpot) Phillips, William Philpot, and George Philpot, all predeceased Esther. She leaves behind 3 loving sisters, Helen (Philpot) Wiergowski, Ruth Ann (Philpot) Walter, and Alice (Philpot) Baldwin all of whom live out of state. Esther packed her bags in 1947 and headed for the excitement and opportunity that was drawing lots of small town people to the New York City area. Shortly after arriving in the suburb of Lawrence, New York she met the love of her life, Vic (Vito) Mollo. They were together for 47 years before he died in 1996. They had 8 children. Two of them died very young, Elaine at 3 1/2 months of age, and Vincent at 2 years and 5 months old. She is survived by 6 of their children, Vicky (Mollo) Rubin, Bobby Mollo, Marlene Mollo, Michele (Mollo) Gismondi, Tom Mollo, and Lori Ann Mollo; her 10 grandchildren - Tina Jahrsdoerfer, Carrie LaRocco, Jim Rubin, Vincent Mollo, Brian Mollo, Jason Haff, Melody McAlister, Amy Gismondi, Richard Gismondi, and Christian Mollo; her 13 great grandchildren, and her 4 great, great grandchildren, one of whom predeceased her. She has dozens of nieces and nephews who have settled in various areas across the U.S. who all remember her with love and admiration. Her small town, middle America, background was in contrast to the very Italian family she married into. But, she adjusted magnificently. Her spaghetti and meatball dinner every Sunday was enjoyed for decades by her loving husband, their children, children's spouses, grandchildren, friends, and neighbors. Sundays at Vic & Esther's were quite the event! Her fair complexion and red hair always gave her away as a non-Italian, but if you closed your eyes on Sunday afternoon you would never know it. The smells from the kitchen, the friendly bantering with Vic, and some Italian expressions coming from her mouth would have made most people think she had Italian heritage. Esther had many occupations outside the home during her lifetime, but the one she held for the longest time, and loved, was as a school van driver for Independent Coach Corporation in Inwood, NY. She drove for them for over 35 years and her children cannot remember her taking a single sick day for at least 30 of those years. For her children, her almost 92 years of life has not been anywhere near enough. We kids are struggling with the very large void in our lives left by her passing. We are supporting each other through our loss by sharing all the wonderful stories of Mom. All the days of our lives in the 1950s and 1960s when we trudged down to the ocean at Rockaway Beach, each with our little job to do, carrying something or helping our smaller siblings and Mom, of course, was the guide at the front of the line. We had so many summer evening trips to Rockaway boardwalk to see the fireworks and stopping for Carvel afterwards; of course on special occasions there was a trip to Rockaway's Playland; the times we were out with friends as pre-teens and teens and she would suddenly show up making sure we were safe and not breaking any of Mom's rules. All our friends respected her as much as we did. When we got older she was always there to help by watching our kids or in any other way that she could. She was a bottomless well of strength for each of us and happily deferred her own wants and needs every day so she could give us everything possible to try to make our lives better. Esther's final illness was sudden, severe, and mercifully short. All of us-- children, grandchildren, great grandchildren, great great grandchildren, sisters, nieces and nephews are grateful for all the years and all the wonderful memories God gave us with her. IN LIEU OF FLOWERS, PLEASE REMEMBER ESTHER WITH A DONATION TO ONE OF THE FOLLOWING CHARITIES: St. Jude's Children's Hospital - "stjude.org" OR TO Billy Graham Evangelistic Association "billygraham.org"
To send flowers to the family or plant a tree in memory of Esther Mollo, please visit Tribute Store
Saturday
12
November

Share Your Memory of
Esther
Upload Your Memory View All Memories
Be the first to upload a memory!
Share A Memory
Send Flowers
Plant a Tree