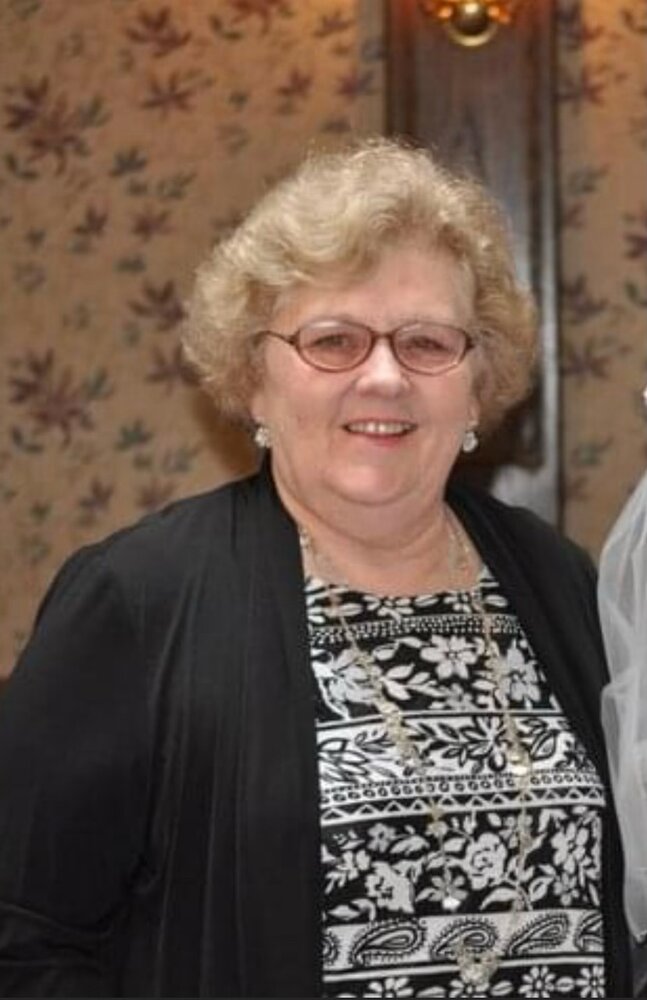 Please share a memory of Joan to include in a keepsake book for family and friends.
View Tribute Book
Joan Williams Borfitz, beloved wife, mother, and grandmother went to her eternal rest on November 21, 2022, after a hard-fought battle with cancer. Joan, originally of Inwood, NY, was the daughter of Katherine and Edward Williams. She was the eldest child, followed by sister Betty and brother Edward, Jr. She attended Lawrence Public Schools where she was an accomplished violinist. During her final years at Lawrence High School she was head twirler, fronting the LHS marching band with her squad. After graduation, she enrolled at the Queens Hospital Center School of Nursing in Jamaica, NY, where she earned her Registered Nurse certification. She began her long health care career as a labor and delivery nurse at what was then known as St. Joseph's Hospital in Far Rockaway, NY (today known as St. John's). It was during this time that she married the love of her life, Charles "Butch" Borfitz, also of Inwood. They would have three children: Katherine, Charles, Jr., and John. In 1975, Joan was offered the position of school nurse at P.S. #2 in Inwood, her alma mater and the school her children attended. It was the beginning of a legendary career that spanned more than 30 years of service to the Lawrence School District. Joan dedicated her life to her students, as well as their families. A woman ahead of her time, her home on Wanser Avenue would at times become a walk-in medical clinic. Neighborhood kids would often ring the doorbell during non-school hours with bumps, bruises, and skinned knees, confident that "Mrs. B" would dry their tears, patch them up, and send them on their way. Joan was also known to make house calls to her fellow Inwood residents to provide care to the elderly, the homebound, or anyone who needed medical help. When not in Inwood, Joan could be found at her cherished second home in Lake Luzerne, NY. She loved the mountains, the lake, and the slower pace of life in the Adirondacks. Nothing made her happier than spending her free time on her Luzerne porch with a glass of wine and a good book, surrounded by her family, friends, and dogs. A devout Roman Catholic and a lifelong parishoner of Our Lady of Good Counsel Church in Inwood, Joan lived her faith. She ministered to others without a second thought. She was a mother figure to many of those who had lost their own. Joan was the epitome of Catholic womanhood, relying on her faith to guide her through her darkest hours. Tragically, she lost her husband Butch in 2001. She then lost her son Butch, Jr. in 2020. She is survived by her son John (Suzanne), daughter-in-law Margaret, and daughter Katherine (Henry). She will be dearly missed by her grandchildren Brooke, Katie, Jack, Jenna, Tommy, CJ, Emily, Patrick and Kristen. Joan will be forever remembered for her love of community, her devotion to her family and friends, her tenacity, and her strength.
To send flowers to the family or plant a tree in memory of Joan Borfitz, please visit Tribute Store
Friday
25
November

Share Your Memory of
Joan
Upload Your Memory View All Memories
Be the first to upload a memory!
Share A Memory
Send Flowers
Plant a Tree