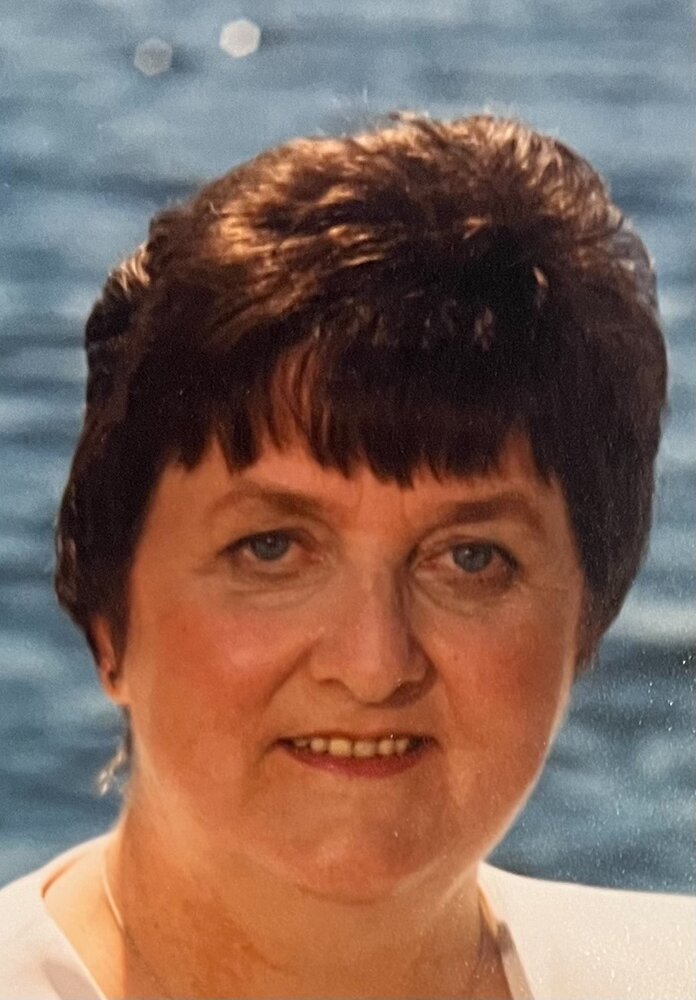 Please share a memory of Sheila to include in a keepsake book for family and friends.
View Tribute Book
Surrounded by her family, Sheila Waters passed away on January 5, 2023 at the age of 77 after a very brief Illness. She is survived by her loving family including her two children, Patricia Waters and Maureen (Brian) Bies and her beloved grandson Sean. She is also survived by her sister Muriel, sisters-in law and brothers-in-law and many nieces and nephews whom she loved dearly. Sheila was predeceased by her husband, John (Sean) Waters and her parents and brother Ian. Sheila was born in Campbeltown, Scotland on March 9, 1945. She met her husband Sean when he was stationed with the RAF there. They married in 1965, welcomed two daughters in 1966 and 1968, and emigrated to the United States in 1971 to join his siblings Ruth and Eric. Sadly, in 1976, Sean suffered a fatal accident. Sheila then became both mother and father to her young daughters at the age of 31. Sheila worked as an aide in Number 1 school in Cedarhurst and then began working in Readers Market also in Cedarhurst, which then became Walden Books and eventually Borders bookstore in 1990. She was employed there for 20 years, eventually becoming the assistant manager. Sheila loved reading the paper from front to back every day, completing crossword puzzles and word searches. She was an avid Jeopardy watcher with her daughter Maureen. She loved to travel anywhere, whether just down to the shops or to see parts of the world, especially to her beloved Scotland to see family and friends. Throughout her life, Sheila was involved in community activities. She volunteered at Saint Joachim School when her children were attending and even after they left she continued to volunteer. She was also a committee member of the St. Joachim Drum and Bugle Corps. Sheila set an example by graciously giving her time and energy to help others. As a family member recently said to her daughters, “your mom is loved by every life she touched.” Sheila was cared for in her last week by her loving family members and went peacefully surrounded by love. In lieu of flowers, please make a donation in Sheila’s memory to your favorite charity or The National Multiple Sclerosis Society in her name.
To plant a beautiful memorial tree in memory of Sheila Waters, please visit our Tree Store
Monday
9
January

Share Your Memory of
Sheila
Upload Your Memory View All Memories
Be the first to upload a memory!
Share A Memory
Plant a Tree